Some statistics suggest that over 18 million Americans are impacted by sleep apnea—and that over half of these men and women are unaware they are affected by the condition. Sleep apnea can dramatically increase risks to an individual’s life and overall health, and result in debilitating effects to one’s day-to-day livelihood. Fortunately, there are advanced treatment options available from our dentist in Elgin that can reduce the symptoms of sleep apnea and give patients a healthier, more restful night’s sleep. If you are troubled by sleep apnea, Dr. Dean Lodding and our experienced team team at Smile for Life Dental can help.

What Is Sleep Apnea?

Sleep apnea is a condition typically characterized by interruptions in normal breathing throughout the night. While snoring is not always indicative of sleep apnea, there is a high correlation between the two. Sleep apnea is an alarmingly common sleep disorder that can cause extensive breathing pauses while sleeping and other symptoms that can be a threat to one’s life and health. Since many people with sleep apnea are not aware that they may have the condition, it is often necessary for a loved one who has observed them in their sleep to raise concerns that something might be wrong. If you think you may have sleep apnea, there are treatments available that have successfully helped many people decrease the health risks associated with the condition.

What Are the Symptoms of Sleep Apnea?

When the muscles and soft tissues of the throat, tongue, and nasal passages become overly relaxed during sleep, the airways can narrow and prevent sufficient oxygen flow. These collapsing airways are the cause of sleep apnea, and can quickly manifest symptoms such as severe snoring and teeth grinding or clenching. Individuals with sleep apnea can experience frequent interruptions of breath that last up to ten seconds or more, which can lead to serious health risks when left untreated. Symptoms of sleep apnea may also include headache, irritability, the need to go to the bathroom several times during the night, abruptly waking up with a choking or gasping sensation, restlessness during the day, fatigue, trouble focusing, and other potential effects.

What Are the Health Risks of Sleep Apnea?

One of the first side effects to develop from sleep apnea is a chronic feeling of fatigue or sluggishness due to constant interruptions of sleep. When left untreated, sleep apnea can lead to more serious health concerns, including:

In severe cases of sleep apnea, the condition may even cause sudden cardiac death. If you suspect that you or a loved one may be suffering from sleep apnea, attaining a proper diagnosis and receiving treatment is essential for avoiding these health risks and once again feeling well-rested.

What Are the Types of Sleep Apnea?

Sleep apnea can manifest in a variety of forms. There are three major types of sleep apnea:

Obstructive Sleep Apnea, or OSA, is the most common type of sleep apnea. OSA is a condition characterized by the excessive relaxation of oral or nasal tissues, which can create a near-blockage or total blockage of airways during sleep. Breathing pauses of several seconds can occur multiple times while sleeping because of this, leading to desaturated oxygen levels in the blood and a more rapid heart rate. A choking or gasping sensation can also result from OSA as the body is trying to alert the brain that normal breathing has ceased.

Central Sleep Apnea (CSA) is a type of sleep apnea characterized by the brain’s inability to consistently send signals to muscles that control normal rates of breathing during sleep. CSA is less common than OSA; however, it is equally as dangerous. This form of sleep apnea seems to often afflict patients who have suffered from stroke, cervical spine (neck) disorders, and problems that affect the brainstem. Individuals who suffer from severe obesity and those who are on certain kinds of medication may also be affected by CSA. This condition shares many of the same symptoms and effects caused by OSA, including dangerous breathing pauses while sleeping.

Complex Sleep Apnea Syndrome, also referred to as “Mixed Sleep Apnea,” is characterized by the presence of both OSA and CSA. This type of sleep apnea is typically diagnosed in patients who appear to be affected by a combination of the other two major forms of sleep apnea.

What Are the Degrees of Sleep Apnea?

Individuals who suffer from sleep apnea experience the condition in one of several different degrees. In each case, the degree of sleep apnea can be determined by evaluating a number of factors, including oxygen desaturation levels, respiratory disturbances, and what’s known as the Apnea Hypopnea Index (AHI). The AHI is a technique that is often utilized to determine severity of sleep apnea by calculating the number of breathing pauses over a period of one hour while sleeping.

A person who has mild sleep apnea typically registers 5 or more events per hour, but less than 15.

On the AHI scale, moderate sleep apnea is classified as having 15 or more events per hour, but less than 30.

Severe sleep apnea is classified as 30 or more sleep events per hour on the AHI scale.

What Treatment Options Are Available for Sleep Apnea?

The first step to receiving treatment for sleep apnea is attaining a proper diagnosis. Typically, a sleep study is necessary to accurately ascertain the source of your symptoms. If you are diagnosed with sleep apnea, our dentists can then help find a treatment method that works for you.

Oftentimes, a customized oral appliance (night guard or snore guard) will keep the air passages open during the night, offering many individuals substantial relief. In more severe cases, an air mask worn over the nose and mouth (Continuous Positive Airway Pressure device, or CPAP) may be more effective. Once you can sleep again without uninterrupted breathing, you should feel more energized, alert, and focused during the day. Most patients experience an improvement in their overall quality of life after finding the proper treatment for their sleep apnea.

While sleep apnea is common among adults, it can also affect children. In fact, an estimate from the American Academy of Pediatrics found that approximately one to four percent of children suffer from some type of sleep breathing disorder, and an even larger percentage of children snore consistently. Pediatric sleep apnea, particularly obstructive sleep apnea (OSA), can lead to dangerous health consequences. It can also lead to long-term effects such as attention deficit hyperactivity disorder (ADHD), depression, trouble at school, aggressive behavior, growth problems, depression, and other concerns. Potential signs of pediatric OSA can include snoring, breathing pauses, gasping for breath during sleep, bedwetting, moodiness, frequent napping, sleepwalking, mouth breathing, teeth clenching/grinding, night sweats, restless sleep, and others.

There are a number of risk factors that have been associated with the development of sleep apnea in children. Just as they are in adults, obesity and genetics are some of the most prominent; however, oral structural issues such as an underdeveloped lower and/or upper jaw may leave children particularly prone to the condition since these issues can increase the potential of a narrowed or closed airway. Inhalation of tobacco smoke has also been potentially linked to an increased risk of sleep apnea in children.

If you think that your child may be suffering from OSA, a variety of treatment options are available that can help. It’s important to recognize the symptoms and seek an evaluation from a physician or sleep specialist for a proper diagnosis. If your child is diagnosed with sleep apnea, effective treatment can significantly reduce the life and health risks of the condition.

To learn more about sleep apnea, or to schedule an appointment with one of our qualified Elgin dentists to identify an ideal treatment method for you, please contact Smile for Life Dental today. 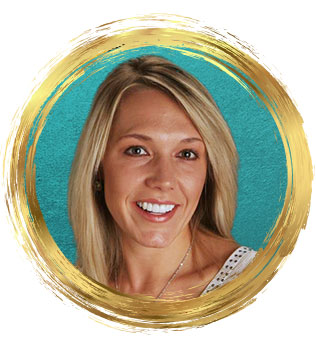 “The minute you walk into their office, you feel comfortable. You feel welcome. There was this great camaraderie, this friendliness, this teamwork, that makes you feel very comfortable.” — Ken 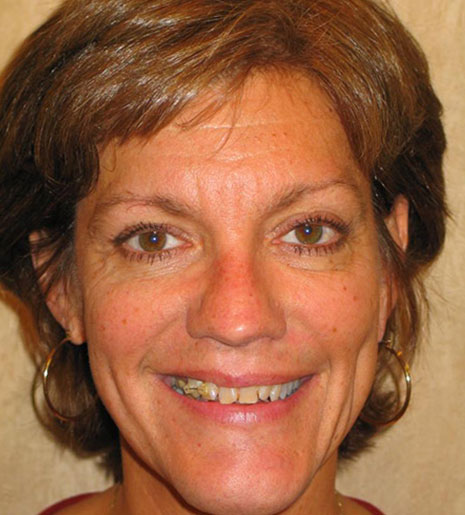 Visit Our Smile Gallery
Visit us at Smile for Life Dental and see what amazing smile awaits you!